Andrew Mathews travelled with Tourdust on a 6 day Toubkal Circuit trek in May 2011. Read on for his take on the trek (please note, this is also published as a review on the product page)

Originally we had booked the 6 day circuit of Mt Toubkal. On arrival, we met our guide and were informed that we were unable to do the circuit as the snow was too deep in places over the high passes and posed a problem for the mules. Luckily this didn’t come as a surprise as Tourdust had already informed us, during the booking process, that this could be a possibility (good services guys). So with an alternative route selected we set off..... Now I have to mention that my wife and I have done many trekking holidays, including Nepal a few times, Peru and Argentina. We have never booked through a tour agent, nor had a guide...However when we decided to go to the Atlas Mountains it was apparent that trying to trek alone would be "challenging" to say the least. Searching the internet for a possible tour company to book through we both agreed that large trekking groups were out of the question. Naturally, all the big names came up...prices were ridiculous and numbers were 12-16 per group...until we came across Tourdust. It seemed too good to be true..our own private guide and muleteer for a fraction of the cost ?

Our guide mentioned that another group of 4 would also be doing the same route as us, all with their own guide and muleteer. - we would meet them later on that day.

After a few hours walking we stopped for lunch and we had our first taste of the infamous Berber tea AKA Berber whiskey!..Tetleys eat your heart out!! The tea was amazing...but what was equally amazing was the food that was prepared by our muleteer, Mohammed. The guy is incredible. After a short nap under a walnut grove we set off for the afternoon leg of our first day. Our lodging in a Gite that night was basic but more than adequate, hot showers and comfortable mattresses made for a good night’s rest. I have to mention at this point, we met the group of 4 later that afternoon. *Sigh* Now I’m not sure if they had read anything regarding Morocco and suitable dress code, but the 2 woman had mini trekking skirts and crop tops on…along with a good portion of oversized muffin tops to go!...even I felt awkward and found myself staring at my feet alot!

As the trip progressed the group of 4 were a constant source of entertainment for the two of us and 3 basic rules should be adhered to at all times:

#1 Always listen to the guide

#2 Always keep up with the mule carrying the food

Every village we stayed in, Lashon took us on a tour and it became clear that he was well known throughout the valleys. As a result we were lucky enough to be invited in to a locals house for tea with freshly made bread and local olive oil…mmmm….(not something you are likely to experience in a group of 16) Unfortunately my wife and I were unable to converse with the home owner other than some rudimentary hand gestures, so instead he turned on the TV and switched to an English Muslim channel and beamed from ear to ear. Very bizarre

On day 3 our lodging was at the base of a pass which crossed over to the Mt Toubkal refuge. We got word earlier that day that the lodge was experiencing a few roofing problems i.e. If it rained during the night we were in trouble. Luckily it did’nt rain and we had a wonderful evening with an open fire, scarlet sunset and a golden glow from the surrounding peaks..best of all we were the only ones there. (our group of 4 complained to the lodge owner about the plumbing at this point!!!) It has to said that the accommodation is basic throughout the trip, some better than others, but unlike other trekking holidays we’ve been on, you do get a hot shower at the end of each day.

Day 4 we said good-bye to Mohammed and his mule as the pass was too dangerous for the mule. We would meet up with them later that day as they took much longer alternative route around. The pass proved to be an interesting day…icy bare foot river crossings, hail, snow, rain and sunshine all in 6 hours. (our guide found it highly amusing that we paid money to do this)

The climb of Mt Toubkal on day 5 was perfect. Lashon insisted that we wear crampons for the ascent as practically the entire mountain was still covered in snow and ice. We saw many people trying to do the ascent without suitable footwear and all I can say is THANK YOU Lashon! We summited without incident and were greeted with the most incredible panoramic views of the High Atlas…a superb ending to an awesome trekking holiday.

If you are reading this review and are doing the same Google searches we did trying to find a Tour company. Look no further!..Even though Tourdust’s prices are well below the likes of Exodus for example…the personal experience we got from the local company they use is first class. Our guide was safety conscious, never made a rash decision…our muleteer made sure that we were always fed and did an outstanding job catering in some fairly challenging places and best of all they were both very friendly and informative.

Right from the outset Tourdust has been fantastic, recommendations by Anna and Ben were spot-on and any complications that arose were swiftly dealt with and sorted out. It was a memorable holiday…So a big thank you Tourdust.

One recommendation that we have, is that a bag weight limit should be recommended/ imposed. (15kg max) 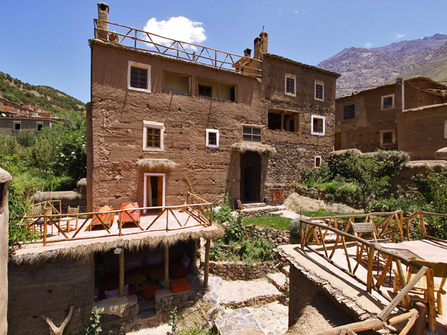 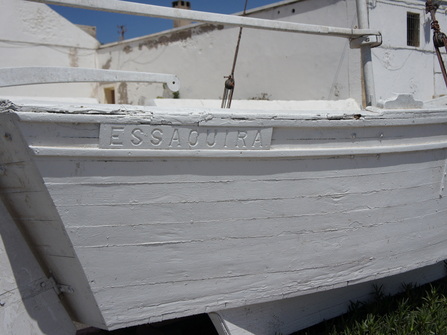