Morocco is a Muslim country. The Islam faith is based on five pillars:

2)      Ramadan – a month of fasting for adults between the hours of sunrise and sunset. The timings of this change every year.

3)      Prayer 5 times a day. The call to prayer is unavoidable, you will almost certainly hear a muezzin singing from a minaret to announce prayer time. It is a magical sound in the medina, when the singing seems to echo around the roof tops.

5)      Alms for the poor – you will often see beggars outside of mosques on a Friday, hoping to benefit from the Muslim value of generosity for the poor.

Alcohol is available in tourist restaurants, but outside of the cities it is less available. If you are served alcohol, don’t drink in view of a mosque.

Whilst Morocco is one of the more forward thinking states in the region, freedom of speech is different to that in the West. Don’t openly criticise the religion or monarchy.

Do try and learn a few words of Arabic before you go so that you can greet people in their own language.

Non-muslims are not permitted inside mosques.

Women’s attire in Morocco varies dramatically depending on where you are.  In modern towns and cities, such as Rabat and Agadir, you will see younger women in Western dress, without head coverings. At the beach, these same women will be in bikinis. Away from the larger cities and within the medinas, attires tends to be much more conservative with women covering their heads (sometimes their faces as well) not showing any flesh. This is the same whether on or off the beach.  Children are exempt from this.

There is no expectation for Western women and girls to cover themselves, but, out of respect for the local culture and your own comfort, we suggest that you dress on the conservative side. That is to say, avoid skimpy tops and short skirts. Short trousers and t-shirts are fine, but avoid bearing your shoulders and showing too much cleavage.

On the beach, away from larger cities, you may feel a bit self-conscious in a bikini.  You may feel a bit less exposed if you wear swimming shorts and a tankini top. If you prefer a bikini, then try taking a beach dress / sarong to wear on the beach and then take off to go swimming.

Men in Morocco also tend to cover themselves up. You are unlikely to see a Moroccan man wearing shorts, but that doesn’t mean that you can’t. On the beach, men wear and swim in Western style swimming shorts.

Azzaden Valley in the Atlas Mountains 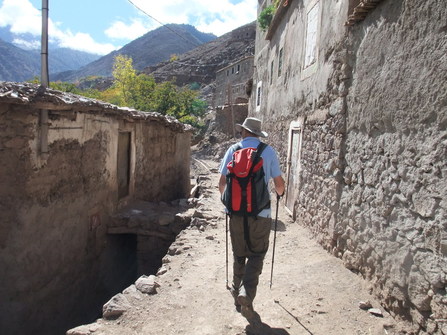 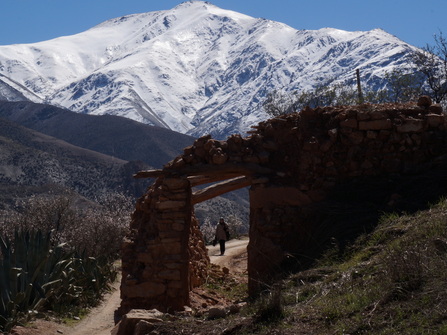 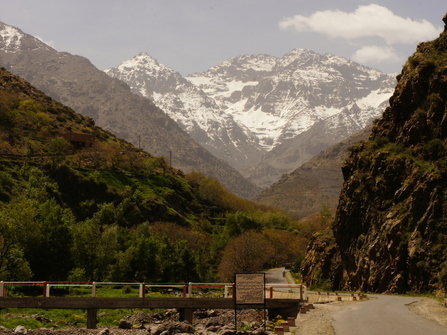 Two or three day Mount Toubkal trek either direct to the summit in 2 days or a better 3 day route via the stunning remote Azzaden Valley and Aguelzim Pass. Possible from May to October.